Showing posts from 2015
Show All

- October 19, 2015
I do not have much internet time left before we leave these shores and head for southern Spain and a (hopefully) warm winter. I will check in online now and then but I am not sure if I will get a chance to update this blog much. As well as the things listed in my last post that I am looking forward to doing I am also looking forward to time offline! We will be heading to Calais via Dover sometime in the last week in October. Before that we have friends and family to see and say goodbye to. We will be heading down through France and I am looking forward to some tasty croissants and pan au chocolats for breakfast from the patisseries that we pass. We will get to Spain after probably 3 days driving and then make our way straight to the Gouveia area of Portugal. We have some of our things in storage there and we have friends who want tattooing. Also of course we get to cuddle all the lovely dogs at Cantinho da Lili rescue centre :) I will also be taking some donations from some of you l
Post a comment
Read more 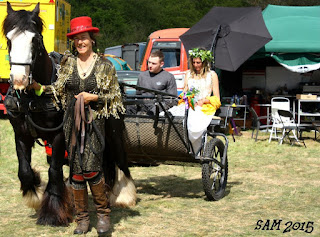 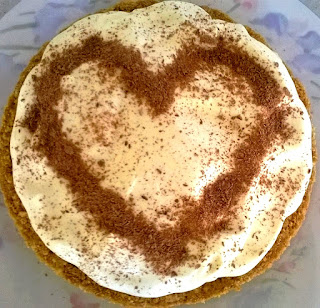 My recent diagnosis with hypothyroidism has I admit given me the go ahead to break my healthy eating and exercise programme. It is silly and wrong as obviously eating healthily and taking regular exercise helps everyone no matter whether they have other health problems or not. With hypothyroidism of course eating healthy and exercise helps the condition but as it also causes weight gain I reasoned with myself that now I am on medication I could eat some treats more often. Actually it wasn't quite that simple, as we are going away at the end of the month for the winter I know that I will not have many treats while away. I also know that I can do an hour of power walking along the beach most days. Still I know I have slacked and can already feel I've gained a few pounds :( Isn't stupid that we call things that are bad for us 'treats'. "I'm going to treat myself to a heart attack or obesity" doesn't sound quite as good as "I'm going to trea
Post a comment
Read more

Working in the care industry

- October 11, 2015
As some of you may know since we came back from our travels last year I have been doing live-in care work. When I started this job I worked with a lady with cerebral palsy and now I work with a lady with MS. I have also worked with a couple of ladies with dementia.   Care work in all its forms is demanding both mentally and physically but I think more so with live-in as you never get to switch off at the end of the day. For the past year I have worked 2 weeks on and 2 weeks off except for a couple of times where I have had a little longer off, (4 weeks in August, 3 weeks at Xmas and 6 weeks with a broken arm!)   As I am self employed I can choose when I work. The agency I work through are brilliant and as long as I tell them when I can and cant work they can fit me in usually with my regular lady but if not with someone else.   Some care agencies ask their carers to do much longer stints which I think is fine for single people but can be hard on
Post a comment
Read more

Please buy this item to help dogs in Portugal! 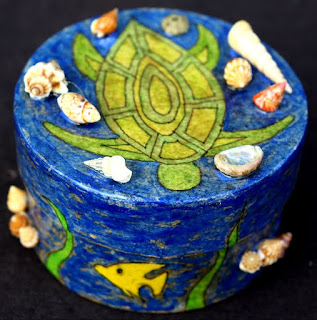 My last item is on Ebay to raise money for Cantinho da Lili the dog rescue centre in Portugal that I help with. It is a lovely hand made trinket box and is painted with watercolours in an underwater ocean scene. It has some beautiful miniature shells collected from the beaches in and around Tarifa in southern Spain added to the scene.  Brilliant for storing small objects like rings, earrings or beads or use it just as an ornament. The box has been varnished to protect the paintwork and shells and to give it a glossy 'wet' look. The box is approximately 4cm high and 6cm across. Cantinho da Lili is a dog rescue centre in Gouveia, central Portugal. They are dedicated to the rescue and rehoming of abandoned and neglected dogs. At the rescue centre the dogs get the best of care whilst waiting for adoption with new responsible caring owners. Cantinho da Lili is totally supported by donations, volunteers and goodwill. All proceeds from the sale of this item goes directly
Post a comment
Read more

Something Else in the Dean 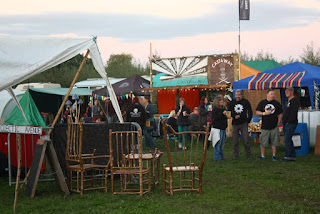 to buy my traveller and goddess inspired crafts and gifts for a while! We are going to Portugal and Spain for some winter sun and so I will not be selling online until I come back. While over there I hope to do a few markets so hopefully most of it will sell anyway. I'm sure I will also meet lovely new people and see old friends and so things will be given as gifts.  Next year I hope to expand my arts and crafts, I don't really want to do much jewellery but will do a few more specialized pieces, I want to to more natural wood wind chimes as the natural looking ones were far more popular than the ones with glass, ceramic or plastic beads. I want to make a whole new batch of cards with new pictures and I hope to do some one off paintings on canvas as well as some printed copies. Here is an example of some of my cards: Here is an example of some of my jewellery and wind chimes: HERE is the list of stuff I have for sale
Post a comment
Read more

- September 20, 2015
A couple of things I forgot to mention in yesterdays post which are important enough to warrant an extra post today about it. Firstly I didn't mention the causes of hypothyroidism. The most common cause is due to autoimmune thyroid disease, a self-destructive process in which the body’s immune system attacks the thyroid cells as though they were foreign cells. In response the thyroid gland becomes under active (hypothyroidism) or over active (hyperthyroidism). Scientists aren't sure why the body produces antibodies against itself. Some think a virus or bacterium might trigger the response, while others believe a genetic flaw may be involved. A condition called Hashimoto's disease (also known as chronic lymphocytic thyroiditis or autoimmune thyroiditis) is the most common type of autoimmune reaction that causes an underactive thyroid. It's not clear what causes Hashimoto’s disease, but it runs in families. It's also common in people with another immune syst
Post a comment
Read more

- September 19, 2015
It has been a little while since I last mentioned my healthy eating trying to loose weight and exercising more lifestyle choice. Back in July I had some blood tests run as I was getting headaches way too frequently, this had been going on for years really sometimes getting better and then coming back again. It was one of those things that I just accepted most of the time, worried about occasionally and then forgot about in the periods when they weren't too bad. This year they had been too regular again and as I was settled here working for a while I decided it was time to properly check it out. So the doctor took lots of my blood (from both arms!!) and I awaited the results. Time passed, I tried to call her, she tried to call me and before I knew it we were well into August before I saw her again. The diagnosis was hypothyroidism, ever heard or it? No I hadn't either! Hypothyroidism is an underactive thyroid or in my case a totally packed up thyroid which means not enough
Post a comment
Read more 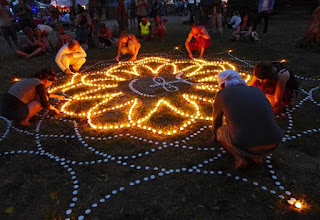 There is a new website that has just been launched called FREE CULTURAL SPACES . It is in the early stages but I hope it will become a place for alternative people to turn to to discuss ideas and look for information. I am lucky enough to be part of the collective that helped get it off the ground. Please take a look around and see what you think. A bit of the ‘backstory… The idea for such a FCS Web of Hubs has been nurtured, and now developed, following presentations made at the 2013 ‘3rd Futurological Symposium of Free Cultural Spaces’ held at Ruigoord, Amsterdam. The initial idea was promoted by writer, Alan Dearling and anarchist academic, Stevphen Shukaitis. Alan, with lively input from Symposium organisers and participants debated how this Web of Hubs and the Symposium could be developed. It was agreed that FCS Web of Hubs was a separate project from the FCS Symposium and needed a separate identity – a life of its own – but that it could be used to support FCS Sympos
Post a comment
Read more 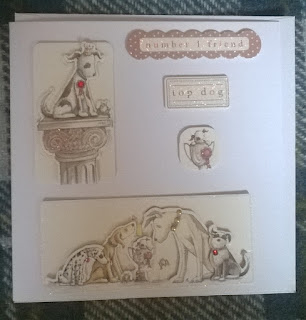 As regular readers of this blog will know I am involved in a dog rescue centre out in Portugal. For six months I volunteered there a couple of times a week and I also spent many hours building the website and starting up the Facebook page. Since being back in the UK I have had a big part in managing all the online updates and corrospondence and trying to raise some much needed money. In a few weeks time I am returning to Portugal and I want to take with me some cash to buy some bags of dog food when I am there to donate to the centre. I am auctioning off 4 of my handmade cards and selling a couple of my craft items. I have already sold two hand knitted hats and raised £4. Not much I know but I am going to match the money I make from my Ebay sales with cash from my own pocket. I'm also hoping I might get a few donations each. A 10kg bag of dog food is around £8 so please dig deap and make a donation or bid on or buy one of my items. There are 75 hungry dogs that will re
Post a comment
Read more 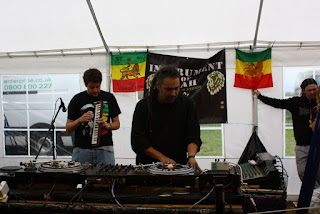