Showing posts from September, 2009
Show All

catching up on blogging :) 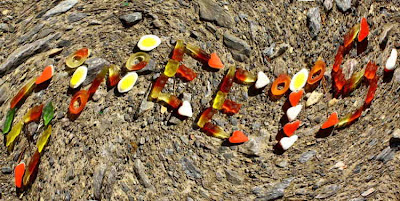 havent done much blogging recently so gonna try and catch up a bit :) i did a couple of interviews at endorse-it festival with zion train and dreadzone which can be found HERE and HERE at the UK Reggae Guide website. we went to a small festival near luton called east end valley, my write up and pictures are HERE in august we went to climate camp cymru, pictures HERE a bit late but write up and pictures from the summer solstice at avebury are HERE we've been away loads in the van... here are a few pictures from our travels & some other pictures from the last couple of months... me photoshopped :) catterpiller, one of many eating my cabbages... tattoo finished at last apart from a bit of touch up :) veggies from the garden :) rollright stone circle... at hempstead bike show... worms head on the gower... me on the beach on the gower, photoshopped obviously!... light graffiti... caerphilly castle... robin hoods stride... nine stones circle,
Post a comment
Read more
More posts