Showing posts from April, 2007
Show All

- April 27, 2007
todays guardian has run a story about the pipeline see it HERE
Post a comment
Read more 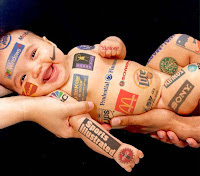 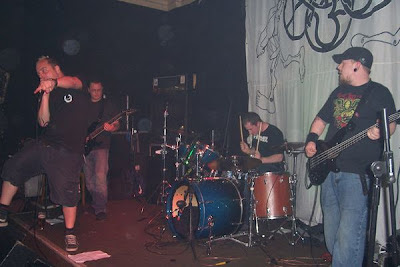 Last night I was very kindly picked up by the Iguana and the Spark to be taken up to the Bear Tavern in Birmingham for the first gig from punk dub heads AOS3 in 15 years. We arrived early and went and had a chat with John the lead singer who was also in PAIN until 2001. It seemed they were all looking forward to the gig although band practice the day before hadn't gone well! We moved into the aptly named 'samosa' room as they started sound checking and were invited to help ourselves to the samosas and onion bhajis. Luckily drummer Kev (also drummer with Headjam ) was on hand to point out the spicy dip that looked like gravy in a pint glass but was actually quite nice! Soon the whole band were on stage to run through a song which they did a couple of times. Even then just listening to that was pretty amazing, a band who's CDs I've played to death, (well Gods Secret Agent anyway) but never seen live up there on stage sounding exactly how I expected them to sound!
3 comments
Read more

life on site at brecon 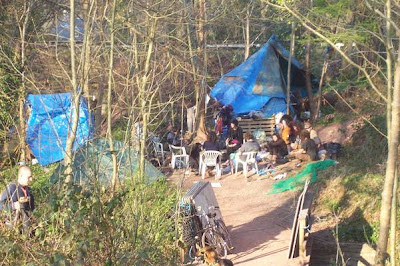 Everyone is in good spirits at the Brecon protest site. Eviction looms ever closer as the pipeline closes in but morale is high. The sunshine has made life easier with day to day tasks being completed outside and clothing easier to dry! Lots of visitors come at weekends to offer donations and moral support... This weekend some of us made a grey water filter to filter the water from the sink in the communal kitchen area back into the stream. As we are only using Ecover washing up liquid and other natural products the water should only need the grease from cooking filtered out... Many people learnt new climbing skills as a few experts were on hand to give advice... At the moment the beauty of nature at Brecon remains untouched.... but for how long?... More people are always needed to help! More people are needed to take part in direct actions along the route of the pipeline. Please contact FIGHT THE PIPE or FIGHTING THE PIPE or me for advice if you need it ;-)
1 comment
Read more

Tirley to Brecon - A pipeline roadtrip! 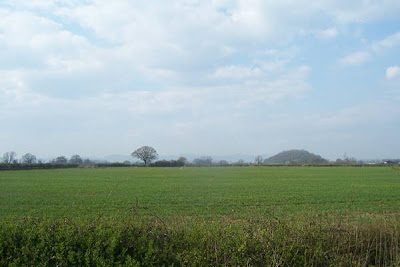 on saturday i visited the protest camp at brecon again. for those of you not regular readers of this blog protesters have made a tree camp in the brecon beacons national park to try and stop the 120 mile long LNG pipeline that is ripping through our beautiful land. not only is it destroying the environment on its way it is locking us into at least another 30 years of reliance on this fossil fuel. for more information visit FIGHT THE PIPE or FIGHTING THE PIPE . anyway even though it was a slightly longer trip i thought i'd take the route along the pipeline to get to the brecon camp. obviously it is impossible to trace the exact route as it cuts through lots of countryside but as it crosses roads many times it is pretty easy to get a view of how progress is going. the field between corse and tirley that is earmarked to be the site for the pressure reduction installation. local opposition to this is very strong. unfortunately locals do not see the bigger picture and have a bit
Post a comment
Read more 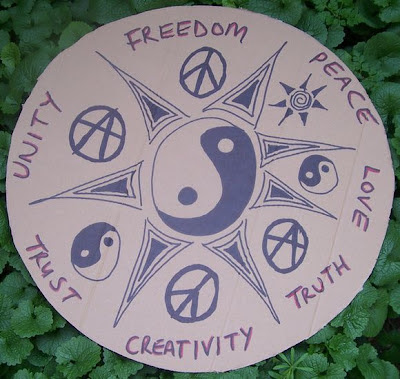 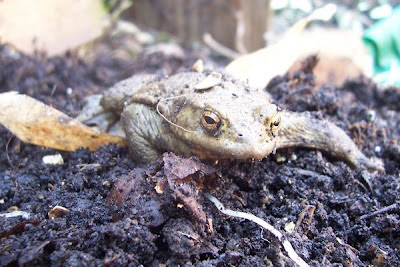 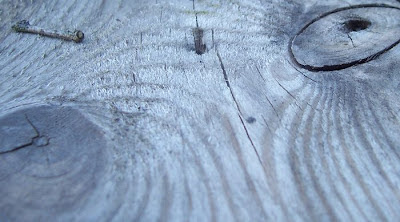 all pictures taken by me :-)
2 comments
Read more

- April 03, 2007
The Carnival Against The Pipeline fills the quiet Welsh town of Trebanos with the sounds of samba and colourful costumes. Campaigners from all over the world join together with locals to use the carnival as an opportunity to highlight their objections to the 200 mile gas pipeline being built by National Grid from Milford Haven to Gloustershire. The campaigners are very concerned about the safety of the pipeline, the environmental destruction it will cause and the investment of huge sums of money in damaging fossil fuels instead of renewable energy. Transco -National Grid puts lives in danger by using machines with protesters on that are attached by their necks with D-locks.
Post a comment
Read more Claire Hall from Bristol's Rising Tide successfully completed her challenge to 'bike the pipe' on Friday. She cycled the entire length of the 120 mile pipeline talking to people on the way about the pipeline and the effect it will have whilst being laid as well as future safety issues concerning it. Claire found that most people on the route had not been told much about it and that they were not aware of the safety concerns or the impact the laying of the pipe will have on their environment. She met farmers who had no choice but to let their land be used for this project as the alternative would be a compulsory purchase order which would mean losing some of their farm land. She also met Dr Richard Furness a pipeline expert who believes that there is no need for this pipe and is concerned about it's safety. Claire ended her trip in Gloucester where she met up with me and the local Green party councillor, Bryan Meloy. Claire after her challenge was complete in G
1 comment
Read more
More posts