Showing posts from February, 2017
Show All 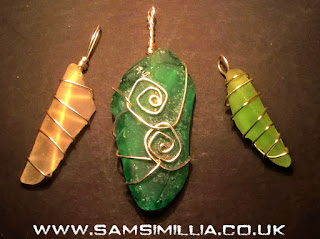 I have finally got round to making some more Sea Glass pendants in the last couple of days. When I found the first lot of Sea Glass in Spain a few years ago I varnished it all so as it looked more like normal glass. I made pendants out of the larger pieces and still have lots of tiny pieces to one day make something with! This time I have not varnished them and have kept their frosted look. I have just watched some tutorials on wire work so am going to try out some other stuff now with the wire. Watch this space! Thanks for looking :) xxx "Sea glass" is physically and chemically weathered glass found on beaches along bodies of salt water. These weathering processes produce natural frosted glass. "Genuine sea glass" can be collected as a hobby and can be used to make jewellery. Sea glass takes 20 to 30 years, and sometimes as much as 50 years, to acquire its characteristic texture and shape. Sea glass begins as normal shards of broken glass that are t
Post a comment
Read more

Limited offer of my paintings at low low prices!! 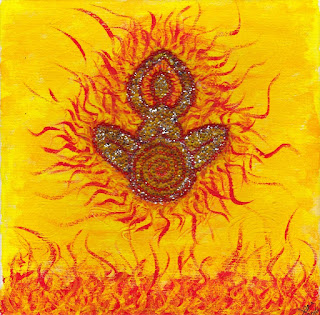 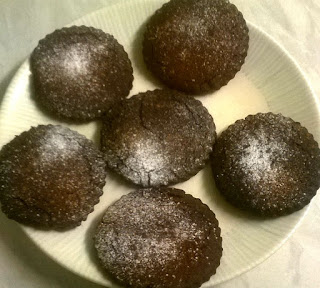 So here I am on day 7 of the Feast and Fast diet and it's going quite well. For those of you who read regularly you will know what this is all about and for new readers you can use the labels on the left hand side of this blog to find my original post about the Fast and Feast diet. Briefly the concept is that you alternate 'Fast' days of eating only one meal of 500 calories with 'Feast' days of eating a normal 3 meals a day without worrying too much about the calories but without going overboard! Rather than being too strict and religiously counting calories on my fast days I have had a large banana for breakfast (120 calories), a 400-500 calorie lunch and a small apple (80 calories) later in the day. So on a 'Fast' day I am actually taking in up to 700 calories. I started this way as I was a bit afraid that if I literally had one meal a day I would be so hungry I would give up. This was has been far better for me personally and am happy with this calori
Post a comment
Read more 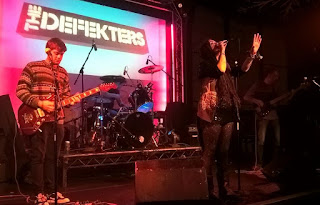 Back when the internet was a very new thing to most of us, before social media and everyone being online pretty much 24/7 I was looking to buy an album by AOS3 as a friend had said I would love them. I found a record label called Words of Warning that had a small online store and as well as buying the AOS3 album, (God's Secret Agent), I also bought another couple of albums. One of them was a compilation album called Biting Back that was brought out to support the Hunt Saboteurs.  On that album I discovered a few new bands that I came to love but my favourite of those new finds was Scum of Toytown. Maybe it was just because I loved the song of theirs on the album, (Sink or Swim) but years later I got round to finding the only album they ever brought out, Strike and loved every song. Funnily enough though as the Sink or Swim version was different on their album to the Hunt Sabs one I was quite disappointed with it! Since the mid noughties a lot of the anarcho-punk bands from the
Post a comment
Read more
More posts