- April 16, 2020
Like a lot of people at the moment I have more time on my hands. Time that I can only spend at home in my van. Also like most people I have a pretty constant internet connection.

I have tried to be productive with my screen time, I have spent time writing, updating the band website, making a website for our record label and updating my very very out of date website. My website was across two separate servers which worked well at first with my newer part linking page by page with my old website. At some point a couple, (few?) years ago the old part vanished and I couldn't recover it.

I had all the pages saved to a hard drive so I have started moving most of the old pages across. I couldn't find any easy way of doing it and so there has been lots of copying and pasting and adding photos. I have 90 odd pages to get through and I've done 4 so far 😔

I have started with the most complex ones though and am hoping that once I have done them it will get a little easier. Of course while doing the updating I have also added some new content and changed things around slightly. I am not really adding new content any more but couldn't resist a few odd bits hence over the last week I have only managed to recreate 4 of the old pages!

Anyway I digress, my point is a lot of us have access to far more screen time than usual and some of us are stressed and worried. I'm not a huge fan of Facebook and always thought there was far to much of a unsocial aspect to it. It seems to make people think they are connecting and being social while actually doing the opposite, (for a lot of people anyway, for sure there are exceptions). I do however have an account although I have left and come back a few times.

Before the lockdown happened I was already disillusioned with Facebook and questioned it's worth. Since the lockdown I feel the negatives outweigh the positives. I had only rejoined a couple of years ago to promote my band and had pretty much kept to just doing that until the lockdown.

I had been using the band Instagram account to document my travels since January and that got automatically shared on Facebook so I did have some more personal interactions that were all very positive. Friends seemed to enjoy my photos and small description of what I was posting about.

I looked down my newsfeed the other day and counted 50 posts from friends, (I didn't include posts from pages or groups I follow), within those 50 posts only 5 were actually interesting to me.

By far the biggest group of posts from friends was them sharing YouTube videos of songs they liked or were listening to. I'm not interested! If I want to listen to music I'll put something on I like and am in the mood for. I don't care what you are playing! If you discover something fantastic that you are sure that I as your friend will probably like write me a message and say why you think I'll like it, or why you like it or something, some fucking human contact that takes some effort.

After that it's the stupid supposedly 'funny' memes, gifs and videos. Ok some are quite funny but jaysus if I look through my newsfeed I see hundreds of them and to be honest I could easily live without them. It would be great to have an app or filter that collects all the memes, gifs and videos on a daily basis and just posts you the one with the most likes the next day or something.

Then there is the links to articles, some funny, mostly serious. Some can be quite good but again it's the lack of any human contact that makes me scroll past a lot of the time. If you read something that you find interesting, informative, serious or funny then take the time to write a paragraph to let me know why. Is that really too much to ask?

Out of the 5 posts in my 50 that were interesting were a couple of links to friends who make music and posting their own music, a friend asking a question, a link to an event I was interested in and a friend posting some pictures of her garden and a description of what she had been doing. Facebook needs to be more social for it to work otherwise it is just a load of people sharing a load of stuff that no one else really wants to see.

Now obviously I understand that different things are interesting to different people so if you have 200+ friends I guess someone might be interested. But then if we all have 200+ friends and they are all posting 10 items a day that's 2000 things to look at. Yes I've heard the "just scroll on past of you're not interested" response but can we not take a bit of responsibility for what we put out there? Can we not stop and think, "do all my friends really want to know that I'm playing The Doors, (or any other band) on YouTube right now?" 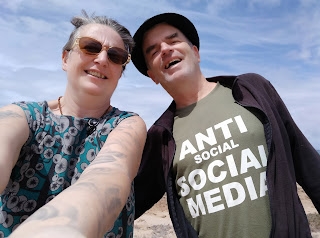 I have also seen a rise in online abuse from my friends and acquaintances in recent weeks. We all know there are trolls on groups and we all have probably fallen foul of the odd online argument now and then. I think most reasonable people learn quick enough that arguing online is pointless and generally stay away from engaging in that sort of thing. I think with more time it is more tempting to get involved in arguments online and with the stress and worry of the current situation it makes for an already upset mindset.

During lockdown I haven't yet fallen foul of the Facebook argument. But even worse an acquaintance who is part of a WhatsApp group I am on got angry with something I asked on the group and decided to lay into me. He was rude and insulting calling me an 'idiot' and my article on being on lockdown in Morocco 'retarded'. I didn't get into an argument about it. I know this type, the type that easily hurls insults at people while hiding behind a computer screen thousands of miles away, the type that would never say those things to your face unless maybe they were drunk and the type who actually lacks the ability to have a proper adult discussion about what they didn't like about what was said, why they don't agree and what their more intelligent opinion is.

Using the word retarded I thought particularly telling of the type of person he is. Retard is an unkind, insulting usage of a medical term, a slur that hurts people. Idiot is such a term to describe someone with no intelligence, obviously not someone who has been a freelance writer and photographer for 25 years, who has been published and who is now playing is a working band.

This anger people get when they just see red and cannot communicate in an adult way is extremely dangerous. To people that are suffering mental health issues or just a bit low these kinds of insults can drive people even lower. For me it's water off a ducks back, as someone who has blogged and written online articles since the 1990s I know there is always those people who cannot just lay out in a reasonable way why they disagree and their own theorys.

What has actually made me a little uneasy is that of our WhatsApp group of 9 people, all of who know each other personally, not one person has spoken out and said it's not ok to talk to someone as he did to me. What a true, but sad, reflection of society that is, don't speak up when someone is abused. Let's not pull any punches here, verbally insulting people is abuse. Doing so from the comfort of your home, behind a screen knowing there is no comeback is bullying. 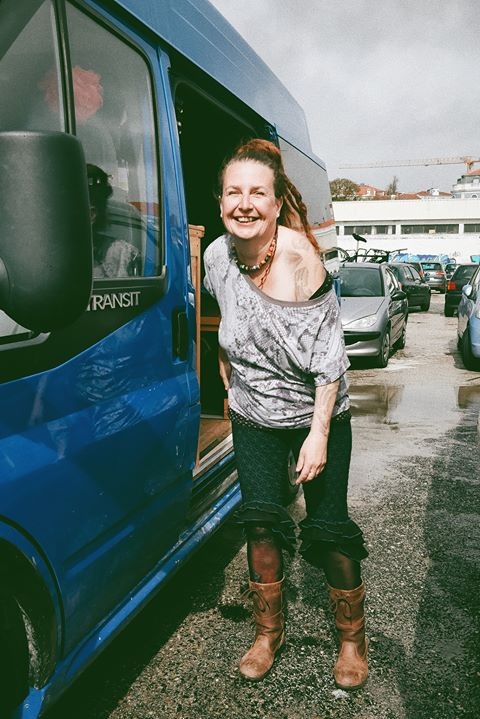 Anonymous said…
Totally agree, came off FB a few weeks ago. Just do my own thing, and keep most opinions to myself unless someone asks.
15:38