It's not the end of the coz we have solutions

- November 16, 2014
It's not the end of the coz we have solutions or the horsedrawn summer gathering as it is also known is one of my favourite gatherings of the summer. It is cheap, it usually has a good selection of my favourite bands and an even bigger selection of good friends but it also shows the world that we do not need to be policed and we do not need security and stewards to tell us what to do, search us and control our movements.

I started going to the horsedrawn gatherings back in 2005, no doubt the horsedrawn folk had been having their own little get togethers for as long as they had been on the road but with the arrival of the internet and a resurgence in music festivals it seemed suddenly people outside the horsedrawn scene were talking about them. I cannot remember how I heard about the first gathering I went to, it may have been from an ex horsedrawn travelling friend via a web forum (ah those heady days before facebook!) The three factors that brought me to the gathering was 1. It was a (pretty much) free festival put on by travellers, the like of which I hadn't known since the early 90s. 2. They asked for a £1 donation on the gate and 3. It was near Swindon, less than an hour away from where I was living at the time in Gloucester. At that first festival I think there was just one night when live music was on in a very small marquee, the only band on I had heard of were Tarantism and to be honest I didn't think much of the rest of the music. There were no food or drink stalls or tat stalls and very few non travelling folk. I was hooked, the freedom of being at an unpoliced event was great. At the time I was working with Oxfam at the big festivals like Glastonbury, Reading and Womad as well as at some smaller festivals through friends and conatcts. What I hated and still do about those events is how we are hearded like sheep, searched, told where to go and how to act. Now I know that sometimes there are idiots who like to cause trouble but generally most people want to go to a festival, spend time with their mates, make new mates, listen to some good music, soak up a nice atmosphere, eat some nice food and maybe partake in some alcohol or other substance that changed your reality for a while. I believe in a solid community with generaly nice good people we can look after and police ourselves. We can deal with the odd person who is being an idiot whether they are an idiot just because they have over indulged or if they are just plain and simple a twat. Another thing I really don't like about festivals is these so called VIP areas. OK so if you are in a band, have all your equiptment with you and are going to play it makes sense to have an area backstage where your kit can be safe from drunked people falling over it and spilling cider all over it but all this back stage bar bollocks (yes saw that at beautiful days the festival put on by the levellers of all people!) and the whole VIP shit makes me mad. We are all humans and equal, the guy playing guitar with a band is of no more worth than the toilet cleaner as far as the running of the festival goes and is equal on a human level. Anyway this is becoming a rant sorry!

Over the following years I saw the horsedrawn gatherings slowly grow. More people started coming and soon the field was teaming with live in vehicles as well as a good proportion of tents. The festival moved around a bit from the Swindon site, down to Shepton Mallet and up near Bromsgrove. For a while the bands didn't get any better though, Tarantism were always there to save the day and some of the horsedrawn folk had a band called the Hedgerow Crawlers who improved over the years. Finally though a couple of years ago some other bands liked in the travelling community started to play the events notably RDF/Military Surplus and Firepit Collective. The ticket price went up slowly as well but never was it unaffordable. So here we are in 2014, the Horsedrawn Beltane gathering in May was a huge success which unfortunately we couldn't make as we had only just got back into the country and were very skint and homeless! So we were even more excited about the August event having missed the May one.

What was good was that the gathering was located near Swindon on a wind and solar farm so not only did we not have far to travel we spent the weekend on a site where people are not raping the earth for power. Funnily enough nearly 40 years before very nearby there had been a free festival after it was decided that the Windsor free festival could not go ahead again in the grounds of Windsor castle. The hippies were given a site on an old air strip in Watchfield to hold the event instead. In the spirit of that free festival we set off for a great weekend and what a great weekend it was, some of my very best friends, people we had met on the road in Europe as well as old friends from all over the UK. Not only that but we made some awesome new friends. I set up my stall outside of our van selling my hand made items and made £100 which I was very pleased with, not only for the money but so many wonderful people coming up and chatting and giving such positive feedback on the items I make. The organizers of the gathering asked anyone who did a stall to give 10% of what they made back to them and I was only to happy to give Pete £10 when I saw him on the Monday. There was also some brilliant music in the shape of the beautiful Tarantism, the awesome Firepit collective, the stomping Dub the Earth who were standing in at the last minute for RDF and so didn't have their keyboard player and singer Emma and the wonderful Hedgerow Crawlers. There was also Sangers stage at the other end of the field with some acoustic music from the likes of Mel and Magnus from Tarantism, The Scrumpy Bastards and many others. There was a lovely kids space where my friends little girl had a great time painting and creating. A top weekend and I even got a ride on a horse for the first time in years! Long may this gathering last, it is my favourite. 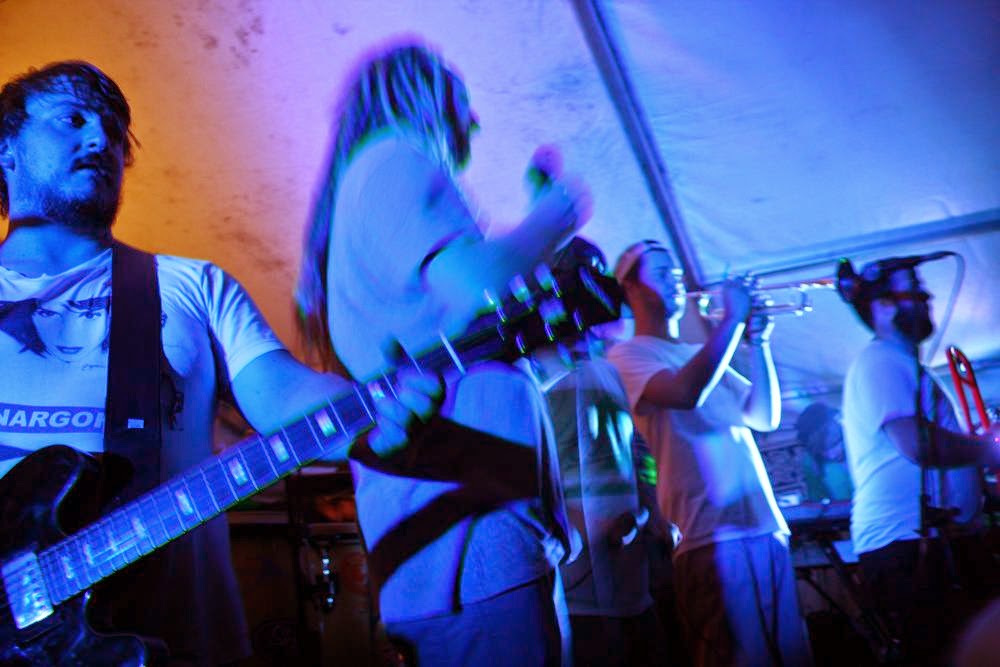 Not sure who these guys were. 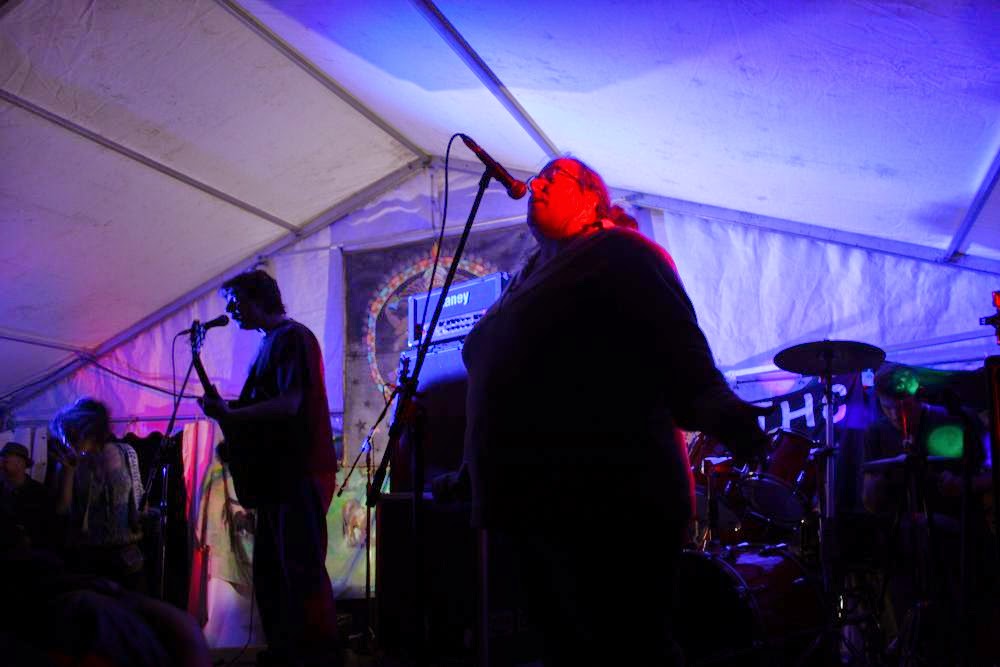 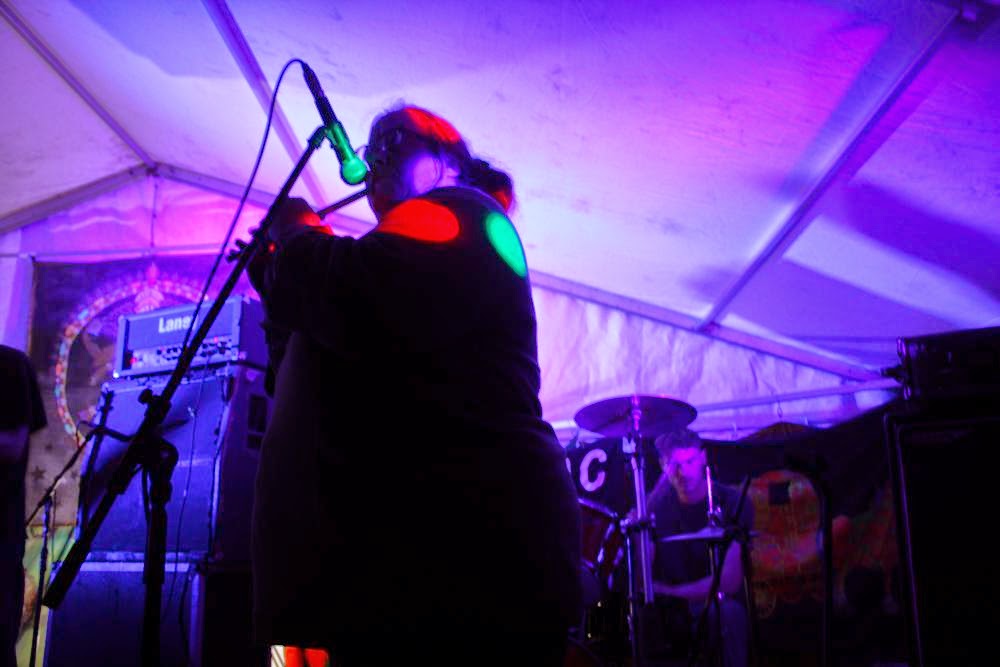 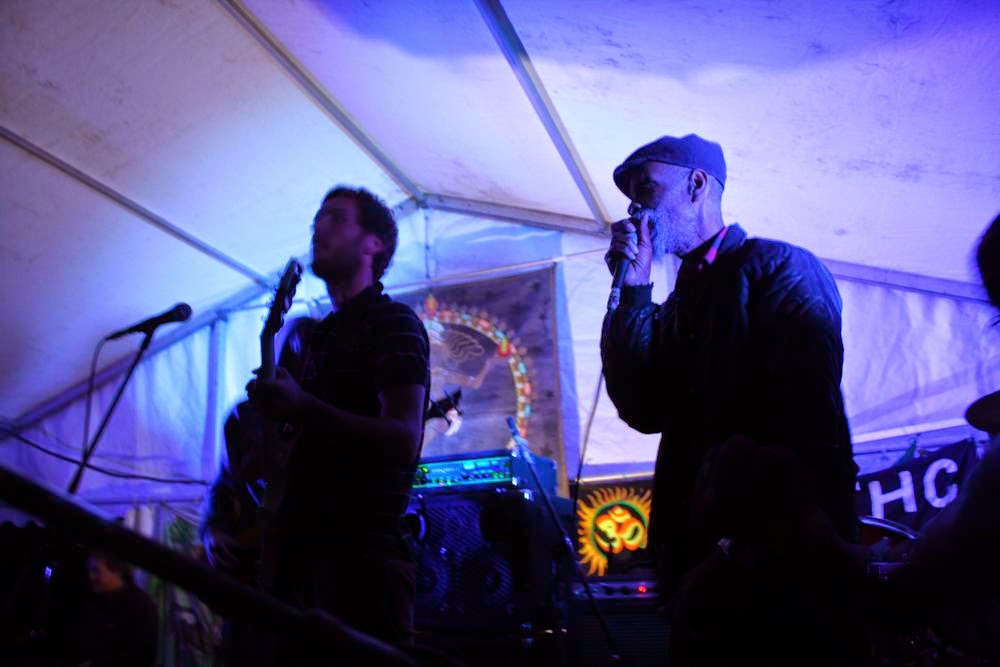 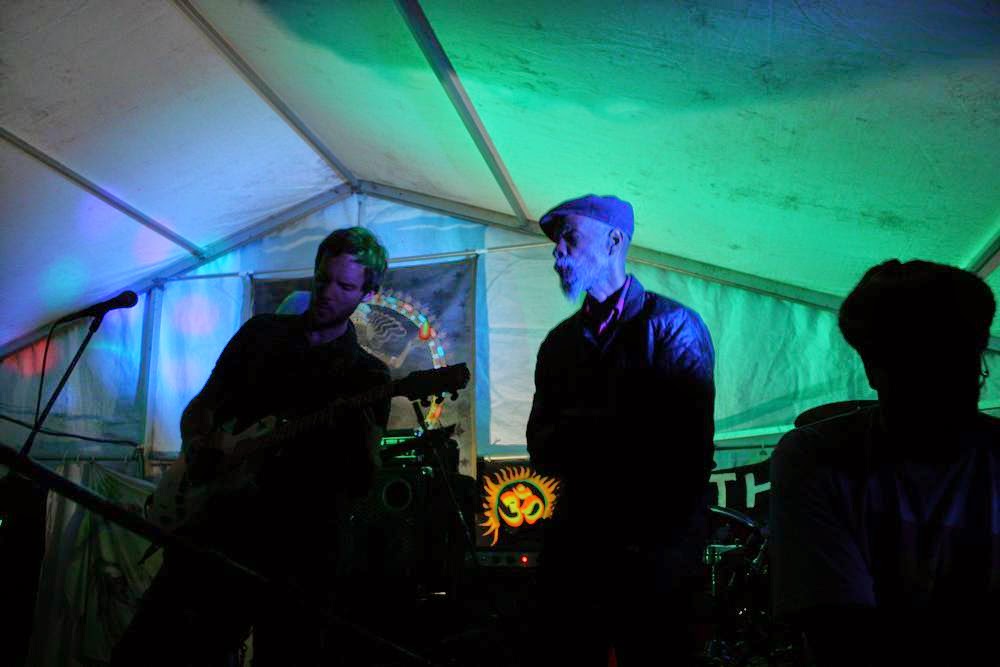 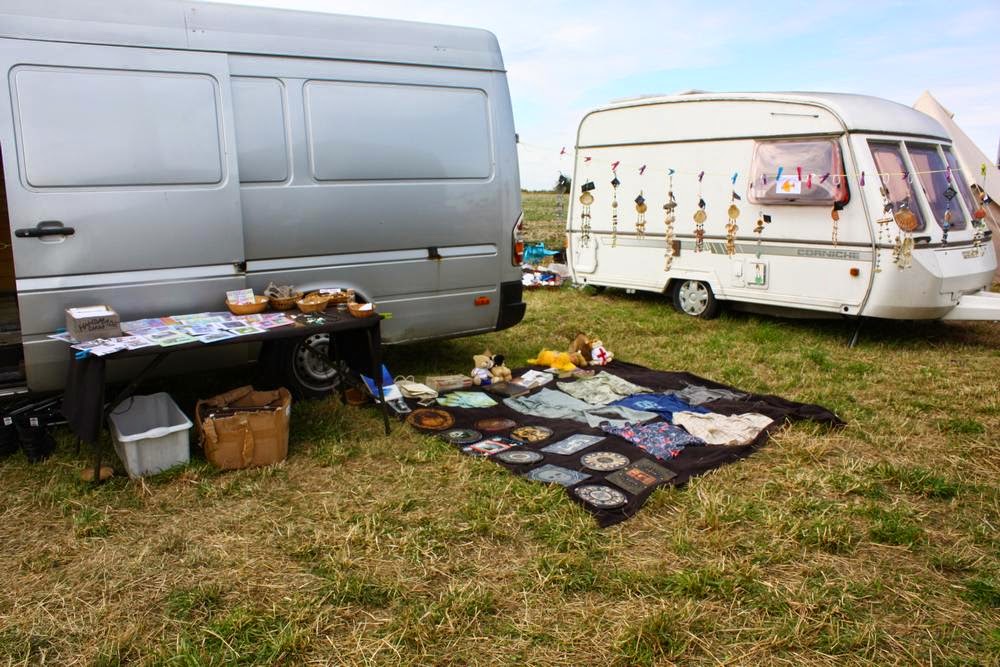 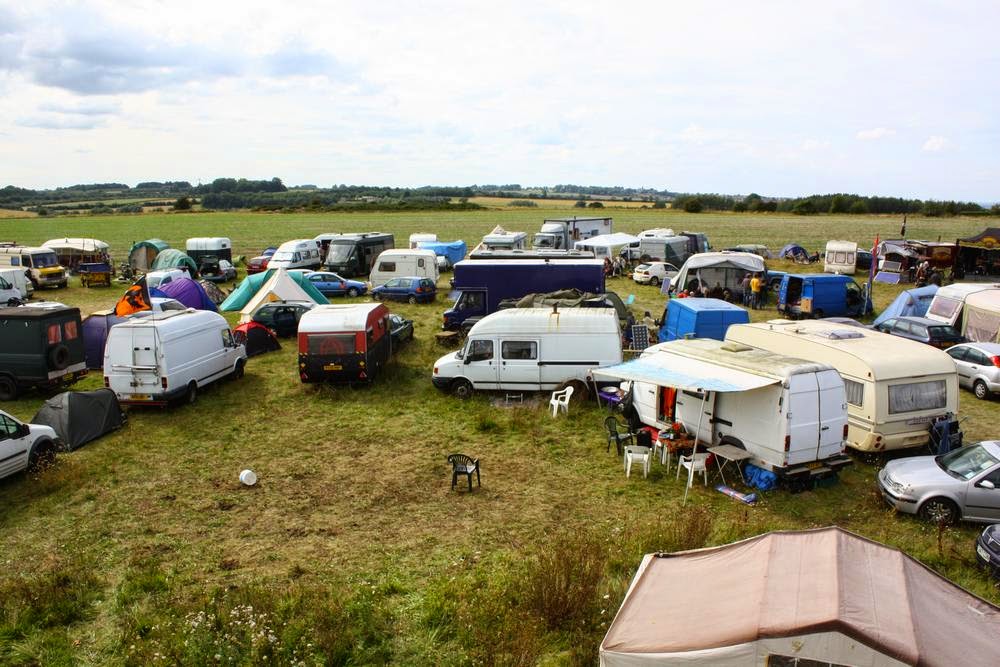 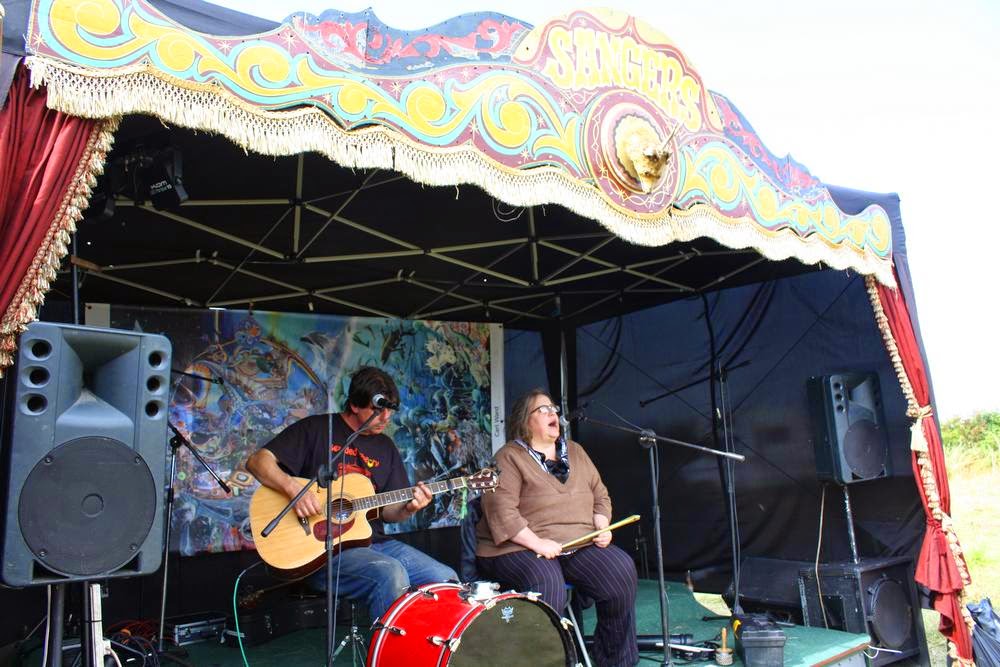 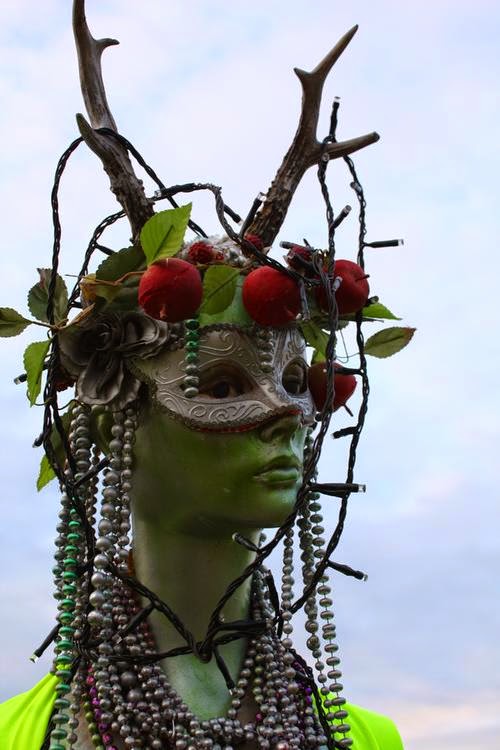 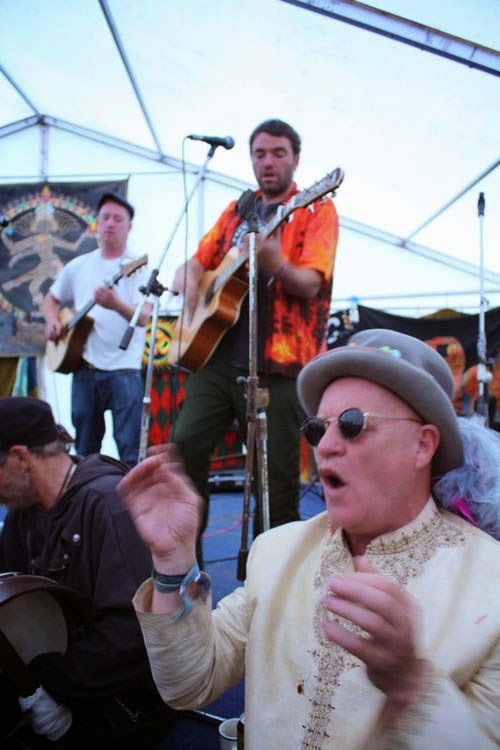 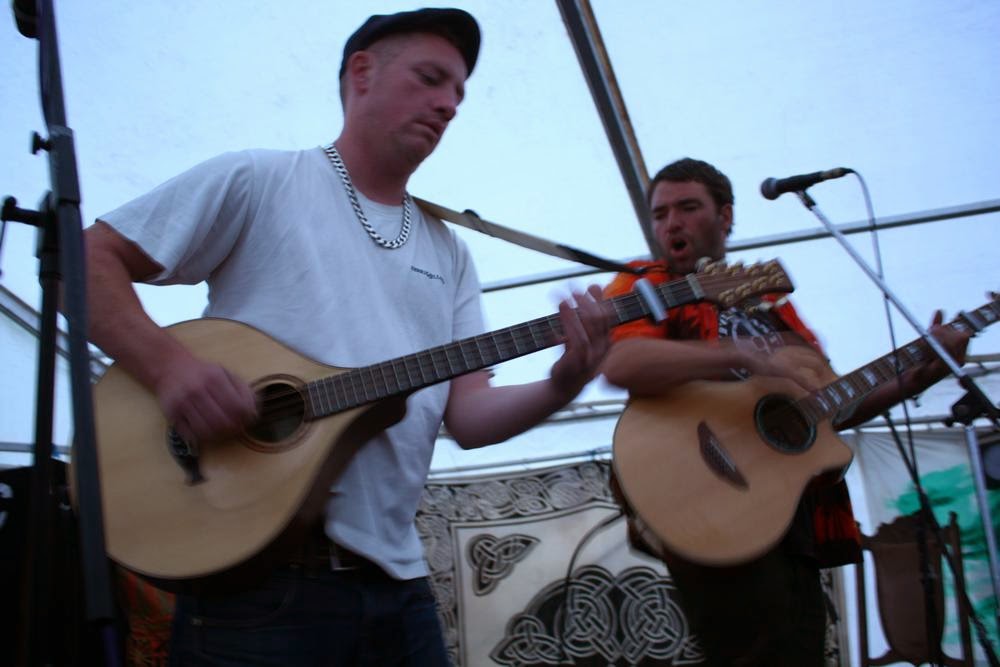 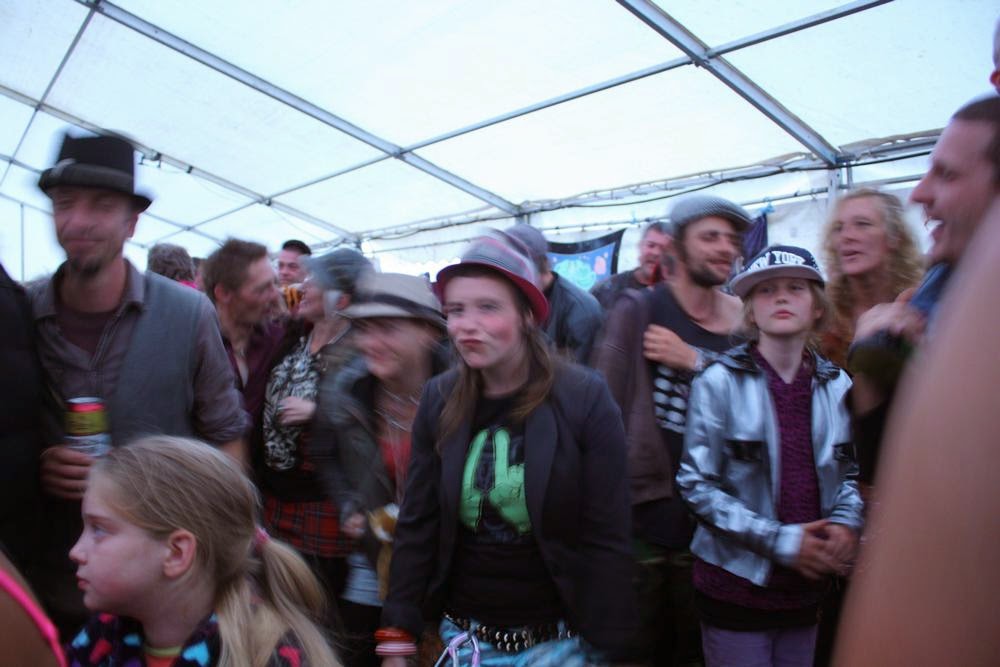 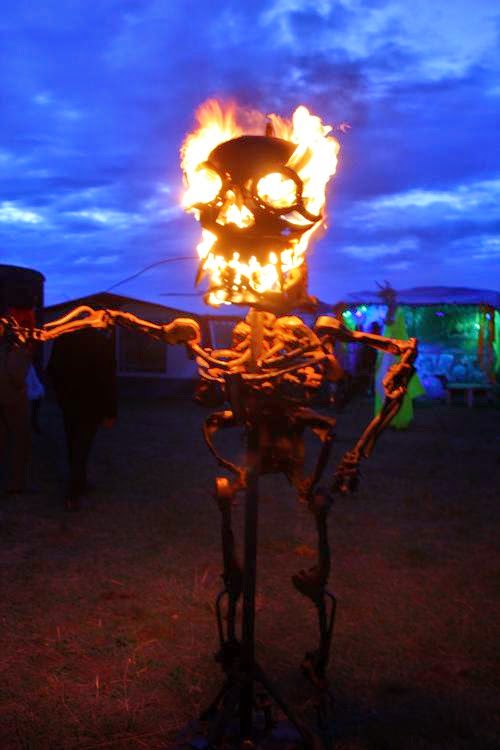 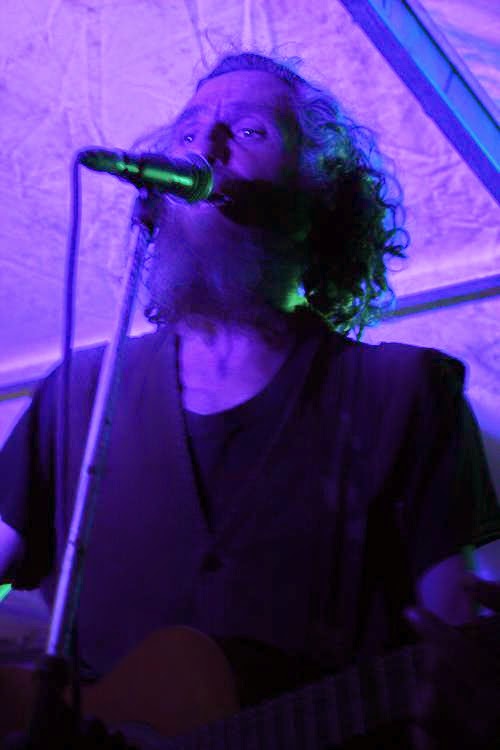 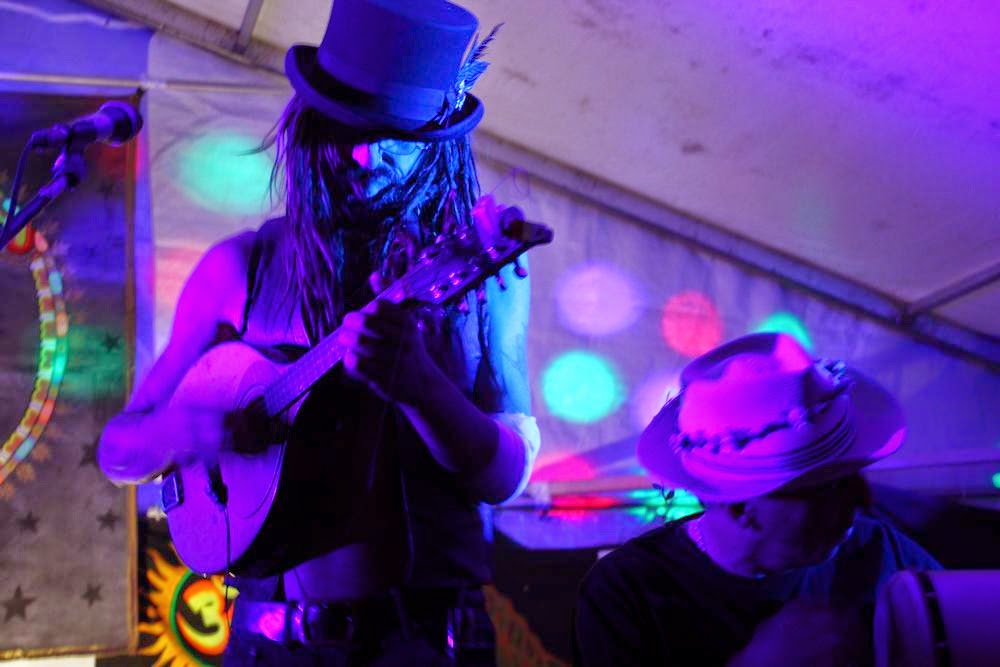 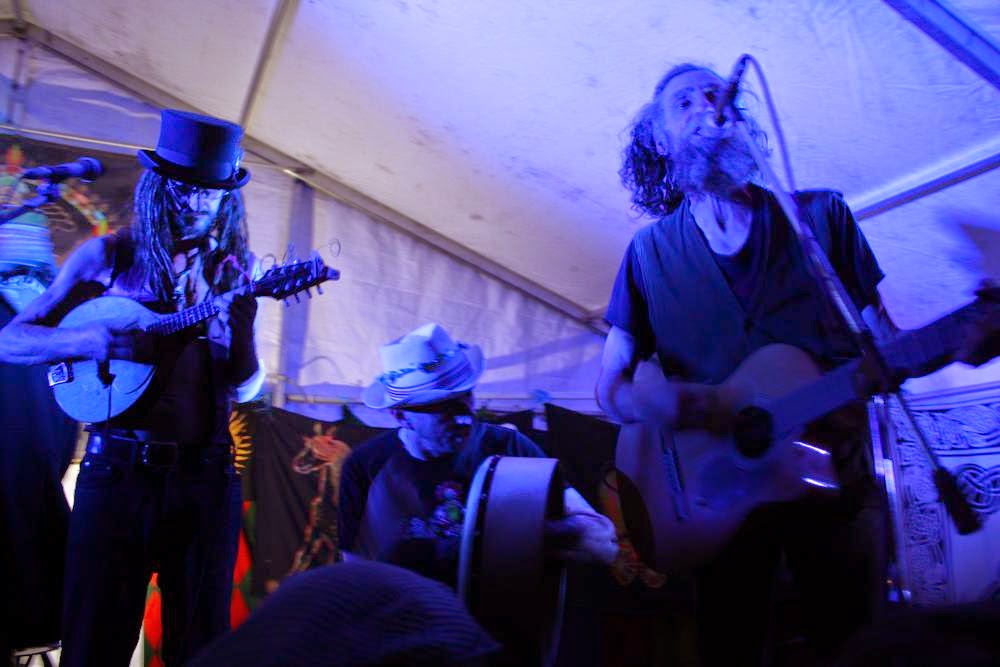 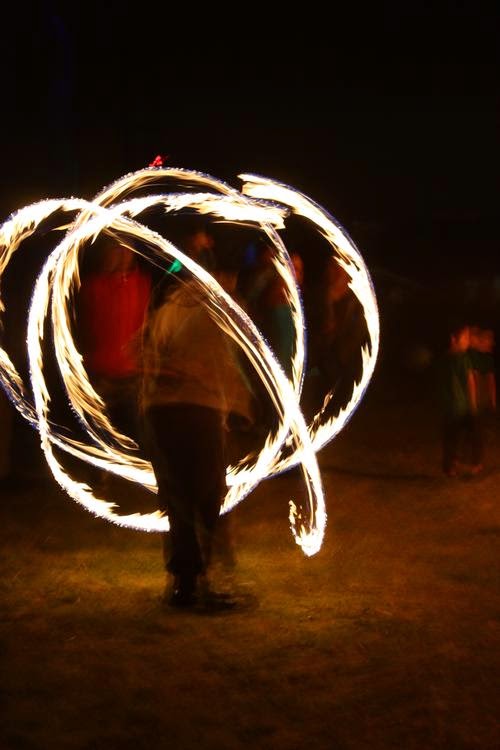