- August 17, 2010
Endorse-it in Dorset festival has been my favourite UK festival since I first went in 2005. There is always a great selection of music with a focus on punk & reggae but plenty of other stuff. It is a relaxed family festival with a great mixture of different people of all ages. This year was the first year I have been and haven't been working in one way or another so it was great to see the festival from a slightly different perspective. First a little about the bands I saw. 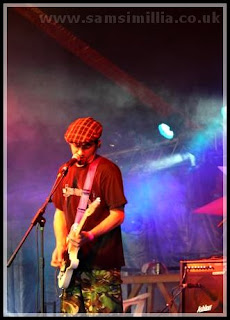 Robb Blake - A one man Ska band from what I could see, he was ok at what he did but is in desperate need of a band if you ask me. Very weird seeing music like this played by one guy along to a pre-recorded track! 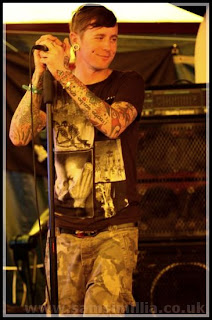 I don't know who this guy is but he did a couple of sets with a guitarist. It was really good and if anyone knows who he is please tell me! 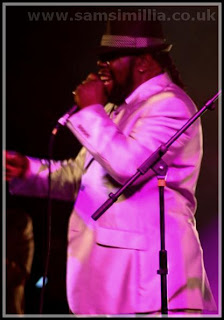 Symarip - I had never heard of them before the festival but apparently they were one of the first Skinhead Reggae bands noted for 'Skinhead Girl' & 'Skinhead Moonstomp'. They played a nice set of old school Ska. 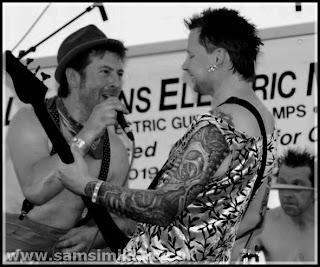 The Sporadics - Dubby Ska Punk from this newly formed band. I liked them a lot, we need more bands like this! We also heard bassist Bimble's DJ set one night only to get gassed when someone let a powdered fire extinguisher off in the tent. At first everyone thought it was the smoke machine as that was going at the time. Then nearly at once everyone made a hasty move outside as they realised the air was unbreathable. It was horrible and made the inside of my nose burn like crazy! 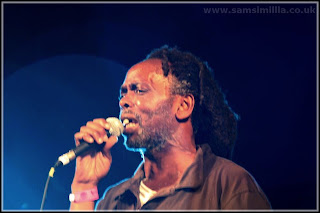 Rhythm-ites - Roots Rock Reggae from a band well known on the festival circuit of the late 80s & early 90s. Along with RDF, AOS3 & Dub the Earth I think the Rhythm-ites were and still are a great band. With conscious lyrics & a reggae beat it was great to see them live for the first time. There will always be a place for them on my stereo! 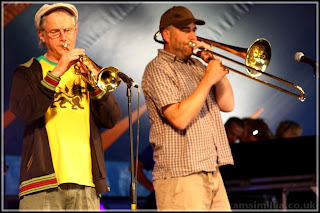 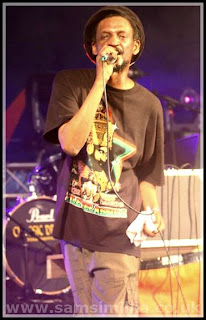 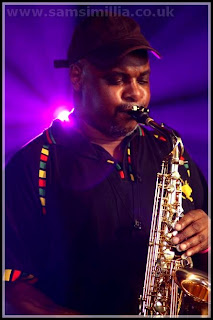 Love Grocer - Despite being a massive Love Grocer fan I have only ever seen them twice before, once was years ago in Bristol with MC Spee at the mike & Ben Balafonic at the controls, and then years later with no vocalist and Chazbo at the controls. Love Grocer bring brass instruments to life with beautiful dubby tunes. Dave on trumpet, Chris on trombone & Richard on flute & saxophone have all played with Zion Train & are masters of their craft. The set was great, I'm not sure who the vocalist was or the guy at the controls but they did a marvelous job.

After Love Grocer I eagerly awaited Credit to the Nation. Another band from the 80s/90s free festival/traveller scene who had only just reformed. I had never been a massive fan but was looking forward to hearing them now. Now older & maybe lacking that passion of years gone by they were ok but I did leave before they finished their set. 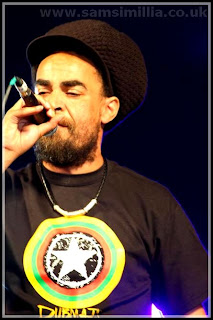 Dubmatix - Dub & Roots from this Canadian outfit with the UKs Brother Culture on the mike. Thought these guys were really good, have just downloaded the free tracks from their website! 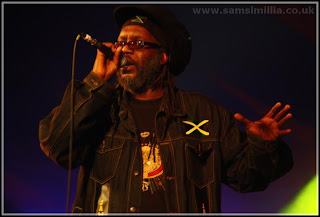 Macka B - Reggae legend & long time vegan Macka B was a real treat. A true Rasta man with lots to say on many issues affecting us all. I was disappointed that he didn't do 'We've had Enough' but he did do 'Big Mack' a song about not eating McDonalds. Great to see this legend live :) 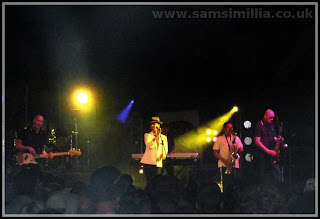 Pauline Black - I was really looking forward to seeing Pauline Black, unfortunately she was my biggest disappointment of the festival. I have always been a big Selecter fan & was looking forward to hearing some of those tunes live for the first time. Although the songs were the same they just didn't sound quite right. None of the backing band were in The Selecter & Pauline just seemed to lack some of the passion of the past which left me feeling like I'de just seen a Selecter tribute band.

See more of my pictures of the bands HERE :)

Well thats a run down of the music I saw, next up the fun, friends, frolics & frocks HERE :)