December 04, 2017
I have been a vegetarian for about 15 years and have long thought about going vegan. I knew it was the right thing to do for the planet, for animals and for my health but I had never quite managed to make the transition. After watching Earthlings in 2014 I was more determined to get as close to veganism as I could.

For me it was pretty much all about the food. I had been buying cruelty free products for years and the only non-food item I bought that was non vegan was boots. After watching Earthlings I stopped milk and didn't buy eggs again, although still ate them now and again. It was a small step in the right direction but only a small step.

For the last couple of years I have become more and more conscious of my own health. I was overweight and looking to my diet (as well as exercise) to try and loose weight. At the beginning of this year I cut out a lot of the cheese I was eating.

Gradually, through research and YouTube videos I could see how a plant based diet would be better for my own health as well as helping the environment without causing any suffering to other living creatures.

Over the last few weeks I have transitioned to a completely vegan diet with a couple of slip ups on things I just didn't realise had small amounts of egg or milk in and a few things that I had left at work in the freezer that I bought to eat while at work. Generally though I have been vegan and after 10 December when I will eat the last thing in the freezer that is mine I can call myself 100% vegan!

I love this quote from Matthius Ricard:
True happiness can only be attained when we avoid causing pain to others.

There will be a separate post more about emotional well being and spirituality, this quote overlaps both subjects a little. How can we really have true happiness and feel joy if we are ingesting a creature that has suffered, or a product from an animal that has suffered? 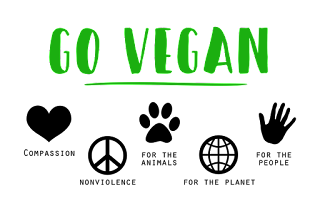 Popular posts from this blog

July 24, 2010
My friend came straight from a 10 day meditation retreat to us where Simon gave her the tattoo she'd wanted for ages... She found this grass that had grown into a heart while she was away... Thanks for looking :) xoxox
Post a Comment
Read more

November 25, 2009
some of the lovely people we met on our travels in bulgaria...

woman cutting up a freshly slaughtered pig in lyubenets...

woman cooking some of the freshly slaughtered pig in lyubenets...

thanks for looking :) xoxox

May 20, 2008
at the weekend we went to the rat and survival bike rally in nottingham. it was quite a small gathering (maybe 300 people) there was a couple of bands on and a few stalls. everyone is there for the bikes and maybe the beer though and the weekend was full of bike talk. rat bikers aren't into chrome or polishing and cleaning their bikes, they aren't fair weather bikers. the idea is to maintain a bike that you can ride every day with minimal effort and cost. of course some of the bikes probably have had quite a lot of money spent on them over time especially if you have to pay someone to do the work but the end result is pretty damn mean :) it was a good weekend, the first proper trip out in the campervan with everything fitted (si did ride his bike tho lol) the weather wasn't too good but everyone was pretty friendly and it was nice to do something different. the bands weren't really my sort of thing but you can't have everything :) some pics below...

XamXam22
I hope you enjoy my blog, sometimes I don't update it for months but I always get back here at sometime!

Links to my other stuff :)