Van dwellers travelling during the pandemic

- December 05, 2020
Is it ok for vanlifers, campervanners, new age travellers, hippy travellers, van dwellers, motorhomers etc to be travelling during the pandemic?
Travelling at this moment in time is being discouraged generally. There are many countries in the world with closed borders where visiting them would be impossible at the moment. There are also many countries where although travelling is not being encouraged, there are open roads, ferries and flights to these countries.
Some countries have quarantine requirements so as long as you abide by the rules regarding quarantine and where and when you can travel is it ok to drive around in your campervan?
What has brought me to question this is the sheer amount of vanlifers and other van dwellers I see on Instagram posting about their travels during this global pandemic. I don't mean people that are generally staying in one area but people covering hundreds of miles.
What is particularly worrying is the vanlife influencers or wannabe influencers that are doing this. They are basically telling all their followers it's ok to be on the road travelling at this time. Not only that but I have seen some spreading mis-information about quarantine rules and bending those rules to meet their own needs. I have also seen pictures of groups of vanlifers parked up together not socially distancing or wearing masks when they are near each other.
While many people will be travelling safely, mostly obeying the rules of each country they are in, wearing masks and washing hands and not mixing with others. I do question how many are being slightly irresponsible and encouraging others to do the same.
Surely someone who is willing to travel to another country in the middle of a pandemic is likely also to be the sort of person who will not take other measures as seriously such as wearing masks, hand washing and social distancing. 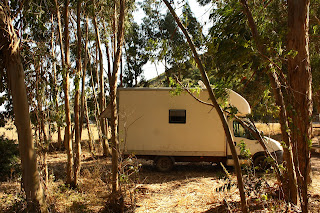 In the US there has been cases of wellness/health influencers going to Mexico for holidays. Hardly prioritising the wellness and health of locals. Covid has spread in holiday destinations like Tulum and Cancun and some sources say that is due to North Americans heading south to avoid restrictions in the US and Canada.
While this doesn't seem to be the case in Europe it is worrying that people, and especially influencers, are prepared to travel in this reckless manner. Posting images online if their travels influences others to behave in similar ways and thus potentially spreading the virus. It's not just about one person, it's about normalising this colonial mindset. Travelling, no social distancing, mixing with others, that is what is being moulded by these influencers.
People have claimed that they are contributing to, (which ever country they are in), economy after a very hard year particularly in areas that rely heavily on tourism. Is this a valid claim? Why not just donate money to one of the many charities that are helping people who have been hit the hardest?
What personal responsibility do influencers, and specifically vanlife influencers have to their followers? It seems they are engaging in an activity that stinks of an exceptionalism, and brings to mind our colonial ancestors who also spread disease. Travelling to other countries for fun in these times is the height of privilege. Let's not forget some people are barely surviving during this pandemic.
Who we follow on social media says as much about us as who we surround ourselves with in the real world. The people we follow and who we are friends with reflect our morals and values. Our actions are a reflection of who we are, we are our choices, not our words or thoughts.
We were in one place during the first lockdown in Morocco as we had been there anyway when the pandemic first struck. We decided then that the safest for us and for others we came into contact with was to stay put. After four months there we, with the help of the UK embassy got a ferry to Spain. From there we drove straight back to the Lagos area in Portugal where we spend a lot of our time. We are still here five months later, we've hardly left the municipality and have not done any unnecessary trips outside of our local area. We have hardly seen anyone or mixed with anyone. 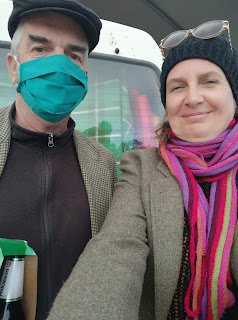 The idea for this article came from an Instagram post I saw from The Wellness Therapist about a wellness influencer in the US having their wedding in Mexico, they had t-shirts labelling them wedding refugees, and the point of the post was more about potentially spreading the virus in poorer communities and the outrageous way they labelled themselves refugees. I felt that there were similarities to the vanlife movement in Europe and although not necessarily quite so serious, a valid point needed to be made. This article does include some text from The Wellness Therapist post, many thanks to Azi for letting me use it.
Thanks for reading :)
Campervan Caravan Coronavirus Europe free thinking Living free New Age Traveller Politics Rant travelling Van conversion Van Dwelling Van Life Vanlife Wild Camping